This year, Marimekko is celebrating the 50th anniversary of Tasaraita – this Marimekko classic and symbol of equality was designed by Annika Rimala in 1968 for everyone irrespective of age and gender. In honour of the anniversary, Marimekko and children’s rights organisation Plan International are launching a collaboration to promote equality.

One of the best ways to support societal and economic development of societies and promote equality is to help girls to go to school. Marimekko and Plan will collaborate on the promotion of rights and education for girls in developing countries.

During the period 1 April–31 May and 1 October–31 December, Marimekko will donate to Plan one euro for every Tasaraita shirt sold. Plan will use the donation from the campaign to promote children’s rights to an education and to make decisions about their own lives.

“Equality issues vary in different parts of the world, but they are very important and topical everywhere on earth. Equality has always been part of Marimekko’s DNA and activities, and we believe that everyone should have the same right to make decisions about their own lives. We want to support Plan’s work in the developing countries, particularly in promoting right and education for girls as they are in the weakest position,” says Marimekko’s Communications Director Piia Kumpulainen.

“Girls are crucially placed if you want to disrupt inherited poverty being passed on from generation to generation. Equality can best be promoted by improving schooling and protection for girls in developing countries and by eliminating attitudes and gender norms representing barriers to girls. When girls have rights, it promotes the development of whole communities and the elimination of poverty throughout the world. Together with Marimekko, we are doing impressive and fruitful work to improve living conditions and the lives of girls,” says Ossi Heinänen, National Director of Plan International Finland.

The campaign will be carried out by Marimekko stores in Finland, Sweden, Norway, Denmark, Germany, the US and Australia as well as Marimekko’s own online store, which serves 30 countries. 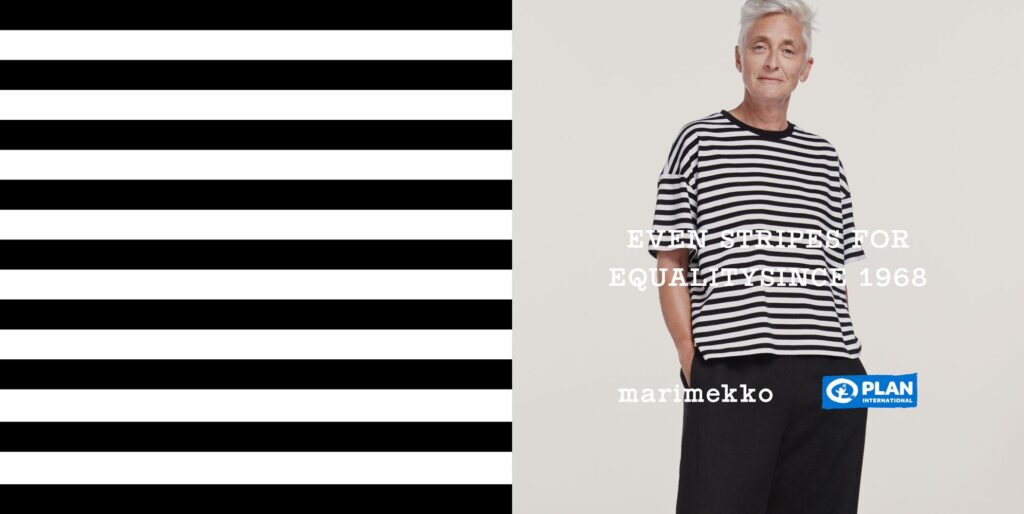