Marimekko participates in Plan International’s Girls Takeover action where girls step into the shoes of political, social and financial leaders on the UN’s International Day of the Girl, 11 October.

Tiina Alahuhta-Kasko, President and CEO of Marimekko, will step aside for a day as the quick-witted 16-year-old Unna Luoma takes over the reins of the company. Plan International’s action seeks to draw attention to discrimination against girls and, at the same time, highlight their huge potential.

This year, the action focuses on the impacts of climate change on girls’ lives in developing countries. The positions to be taken over were selected in companies and organizations that can contribute to mitigating climate change.

It is the girls living in the world’s poorest countries who especially suffer the consequences of climate change. Climate change affects their nutrition, access to water and hygiene as well as increases the rates of early school dropouts, child marriage and exposure to abuse.

At the same time, girls in developing countries are a significant part of the solution to climate change. When they get access to education and decision making, their abilities and skills can play a role in solving the crisis. When girls have the chance to take part in making decisions, the future will be better for all.

The objective of Girls Takeover is to give the girls participating in the action an opportunity to have a genuine and meaningful influence on the decisions made during the day. At Marimekko, Unna Luoma will meet the design team and attend a management group meeting where she will take the floor.

Marimekko also supports Plan’s work to promote equality by donating to Plan one euro for every full-price Tasaraita shirt sold during 2019 at Marimekko stores in Finland, Sweden, Norway, Denmark, Germany, the United States and Australia as well as its online store in 30 countries. The Tasaraita (even stripe) pattern – a Marimekko classic symbolizing equality – was designed in 1968 by Annika Rimala for everyone irrespective of age or gender.

Equality has been part of Marimekko’s DNA since the very beginning. We are committed to promoting equality, among other things, by collaborating especially with NGOs and charities whose work relates to supporting women and children.

Read more about our sustainability commitments and targets. 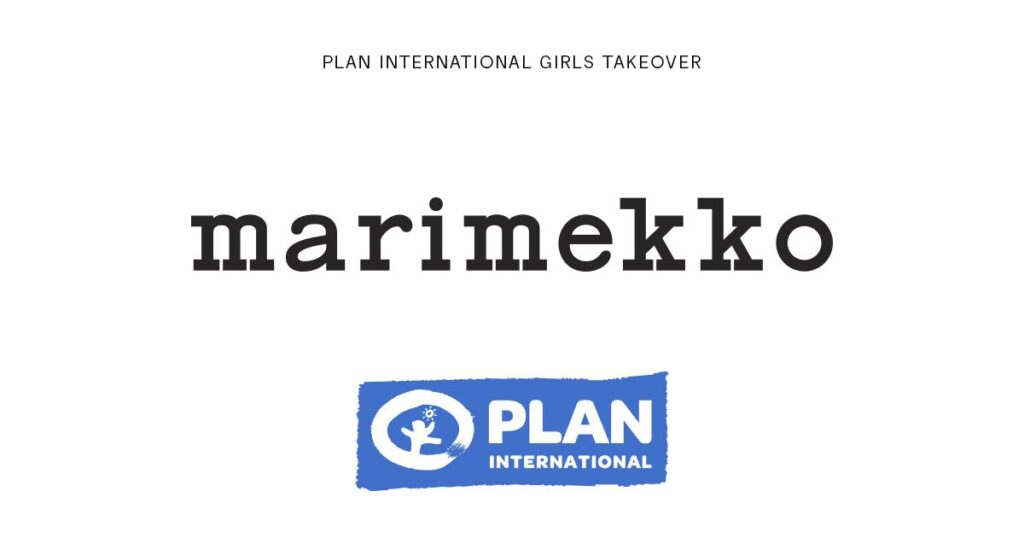